It’s about 2 years from now before the much-awaited 17th Philippine Presidential Election. A lot of rumors have scattered across social media questioning, asking and wondering who would be the next president of the Philippines for another six years.

The 1985 constitution, as restored in the 1935 constitution, forbids the incumbent president to consider himself or herself for re-election, even if it’s non-consecutive. Because of that, our current president, Rodrigo Duterte is no longer eligible to run, once more.

Having the opportunity to become the president of the Philippines is an honor, a privilege and a responsibility to uphold the integrity of the nation. It’s a big deal to all registered Filipino voters to see their most-deserved public servant in the right position.

The upcoming Philippine presidential election is scheduled on May 9, 2022. The COMELEC is anticipa the situation in the next election as a result of this national crisis and came up with a plan of making the national election online through e-mail voting.

With these, the potential candidates for the elections surfaced out in social media and news. Most of them are just hinted and some are still denying their intentions of running. These are some of the presidential contenders who are rumored to run this upcoming Philippine election: 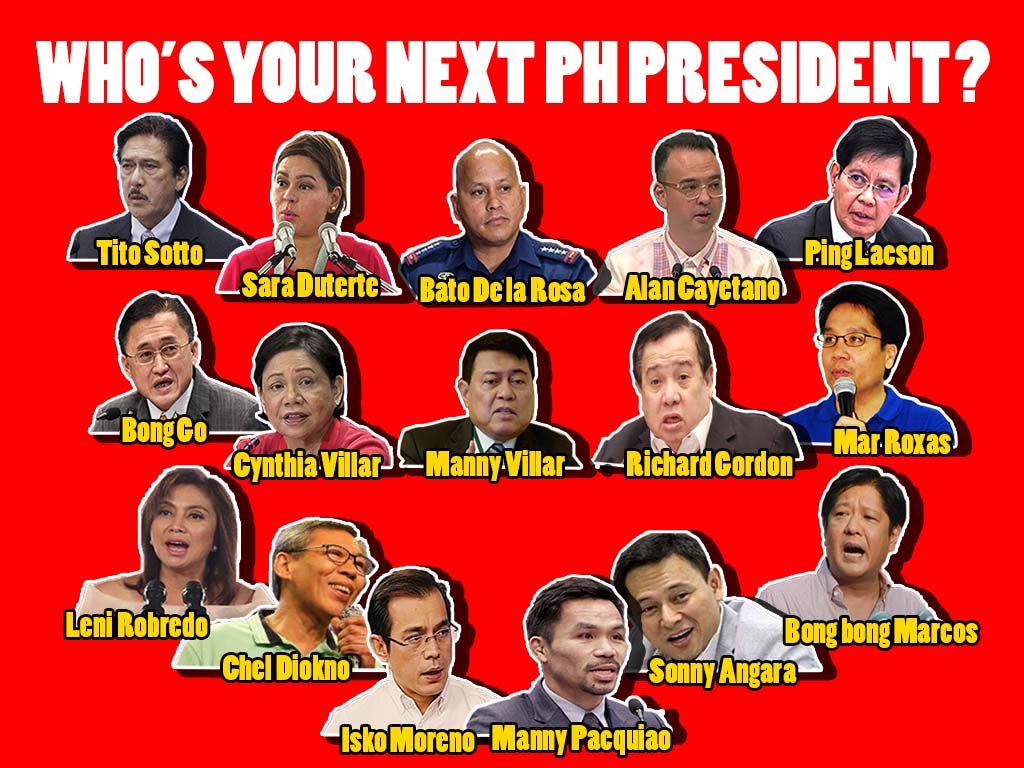